Our Parish is named after two Saints from Asia Minor. After the death of their father, their Christ-loving mother Theodota reared them in piety, and in all manner of virtue, and had them instructed in every science especially that of medicine.

This became their vocation (Physicians), and they went about healing every illness and malady, bestowing healing freely on both men and beasts alike; because of this, they are called "Unmercenaries," which means, they did not accept payment for attending to the sick. They worked many miracles as well, and thus, having completed the course of their life they reposed in peace.

Apolytikion in the Plagal of the Fourth Tone
Sainted Unmercenaries and Wonder Workers, regard our infirmities; freely you have received, freely share with us.

Kontakion in the Second Tone
O glorious, wonderworking physicians, having received the grace of healing, you reach out and restore health to those in need. But also, by your visitation you cast down the arrogance of the enemy, healing the world through miracles.

Holy Saints Anargyroi (who received no pay): visit our sicknesses.
Freely you have received, freely give unto us. 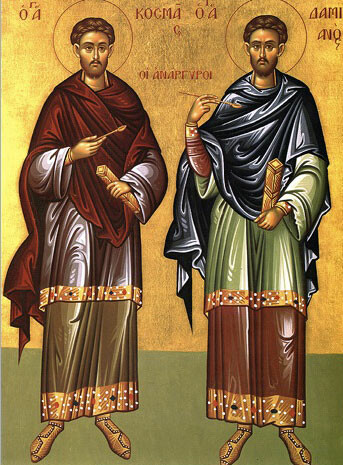 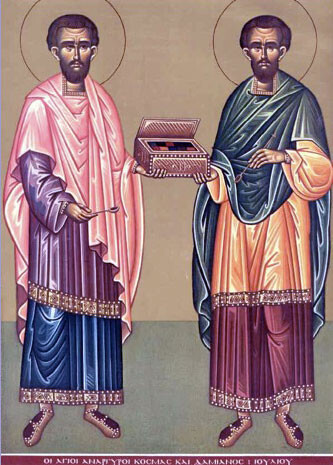